Bowling is a popular recreational activity that has a long and rich history. The origins of bowling can be traced back to ancient civilizations in Egypt, Rome, and Greece. In these early societies, people played a variety of games that involved rolling balls or objects at targets, sometimes using their hands and sometimes using implements such as sticks or clubs.

It other circles, it’s been said that Archaeologists have discovered bowling balls, pins, and other related equipment in a tomb of an Egyptian child buried in 5200 B.C.  The primitive implements included nine pieces of stone at which a stone “ball” was rolled, the ball having first to roll through an archway made of three pieces of marble. 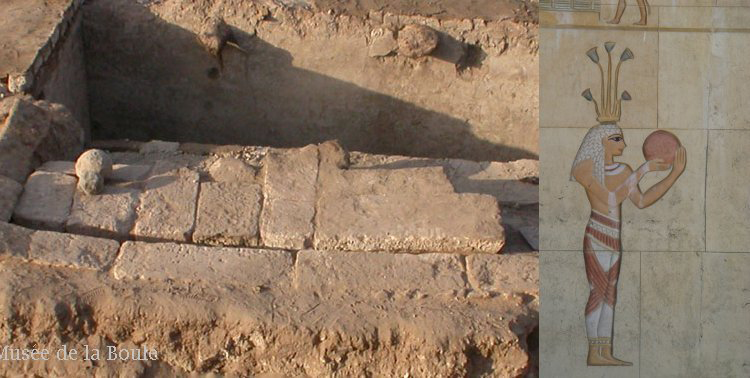 The modern form of bowling, however, is believed to have originated in Germany around the 4th or 5th century. The first recorded mention of bowling in Germany is from a monk named Johannes Tropffke, who wrote about “kegling,” a game that involved rolling a ball at nine pins. The game spread throughout Europe and eventually made its way to the United States in the 19th century, where it became a popular pastime.

Today, bowling is enjoyed by people all over the world and is played in a variety of forms, including ten-pin bowling, nine-pin bowling, and candlepin bowling.

Many actually argue bowling isn’t even a “real sport.”

Johannes Tropffke was a monk in medieval Germany who is credited with writing the first recorded mention of bowling. In his writings, he described a game called “kegling,” which involved rolling a ball at nine pins. It is believed that this game was the precursor to modern bowling, which is played with ten pins and a variety of different balls and lanes.

When did bowling start in America?

Bowling has a long history in the United States. The first recorded mention of bowling in the United States is from a diary entry made by British soldier Thomas Kekwick in 1733, which described a game of nine-pin bowling being played in New York City.

However, it was not until the 19th century that bowling began to gain widespread popularity in the United States. In the 1840s, the first indoor bowling lanes were built in New York City, and the sport quickly spread to other cities across the country. By the turn of the 20th century, bowling had become a popular pastime and was played in a variety of forms, including ten-pin bowling, nine-pin bowling, and candlepin bowling.

Today, bowling is a well-established and widely popular sport in the United States, with millions of people participating in the sport at various levels of play. It is played in bowling alleys, recreational centers, and other venues across the country and is enjoyed by people of all ages.

What was the first bowling alley in America?

The first indoor bowling alley was called Knickerbocker Alleys, and it was located in a building on Christopher Street in Manhattan. It was built by John J. McSorley, who owned a tavern on East Seventh Street. The alley was made up of a single lane that was 50 feet long and had a gutter system to collect the balls after they were rolled down the lane.

Today, there are thousands of bowling alleys in the United States, and the sport is enjoyed by millions of people at all levels of play. It is played in a variety of forms, including ten-pin bowling, nine-pin bowling, and candlepin bowling, and is an important part of American culture and recreational activity.

What is the oldest public bowling alley?

With all the info I found surfing the web, I can tell you this… take what you just read with a grain of salt. Any time you’re talking about the “history” of something, the fact is… you just never really know. We weren’t there in the beginning and most of what you read and hear is just “his” “story.” The past is so long ago and truth will always get mixed in the shuffle. With that said, enjoy the sport for what it is today. 1,000 years from now, who knows how the game will evolve.

I will continue to research and dig up more info and update this post accordingly. Please share any info you may have about the history of bowling. I’m always learning new things but for now, let’s go bowling!

UBuild Lenon is an avid Bowler, bowling youth coach, and program director at Jewel City Bowl in Glendale CA from 2007-2021. He is also a Web Designer, Digital Marketing Strategist for business owners, Internet Entrepreneur, owner of several niche blog websites, and an active contributor to BowlingAddicts.com. His love for bowling was the reason for creating BowlingAddicts.com in 2011 where he would record 300 games bowled by fellow bowlers during league and tournament play then upload them to the Bowling Addicts YouTube channel. Today BowlingAddicts.com is the official non-official 300 Game Bowling Directory and archive on the Internet and worldwide.

Manage Cookie Consent
To provide the best experiences, we use technologies like cookies to store and/or access device information. Consenting to these technologies will allow us to process data such as browsing behavior or unique IDs on this site. Not consenting or withdrawing consent, may adversely affect certain features and functions.
Manage options Manage services Manage vendors Read more about these purposes
View preferences
{title} {title} {title}